Katrin Heyer, photo designer from Wuerzburg (Germany), produced a series of image pictures of the German (American Football) Team “Wuerzburg Panthers“ for the text agency Contify. Not only was it necessary to capture fast movement, but the sky also had to be darkened to increase the dramatic effect. In this case, an optimal mix of flash and available light is required.

Why? Don’t you need rather short flash durations to freeze motion?
Well, to achieve the desired dramatic mood, the daylight had to be reduced. This required faster shutter speeds. And in combination with flashes and the focal plane shutters of most current cameras, these can only be reached by employing special techniques.

THE WAY TO GO

First, there is the common “High Speed Synchronization“ (HSS) whereby the flash units deliver often relatively low flash power. It is suitable for brightening shadows at close distance and/or for exposures at open aperture.

However, if you have to work at greater distances or with smaller apertures – like in this case – the HyperSync® method is far more suitable: it works better with professional flash units and high power since you are depending on long flash duration times for optimum results.
Additionally, you need a transmitter with HyperSync® function that communicates with the camera in use and coordinates the flash synchronization with the shutter sequence and flash duration time.

HYPERSYNC – HERE’S HOW IT WORKS 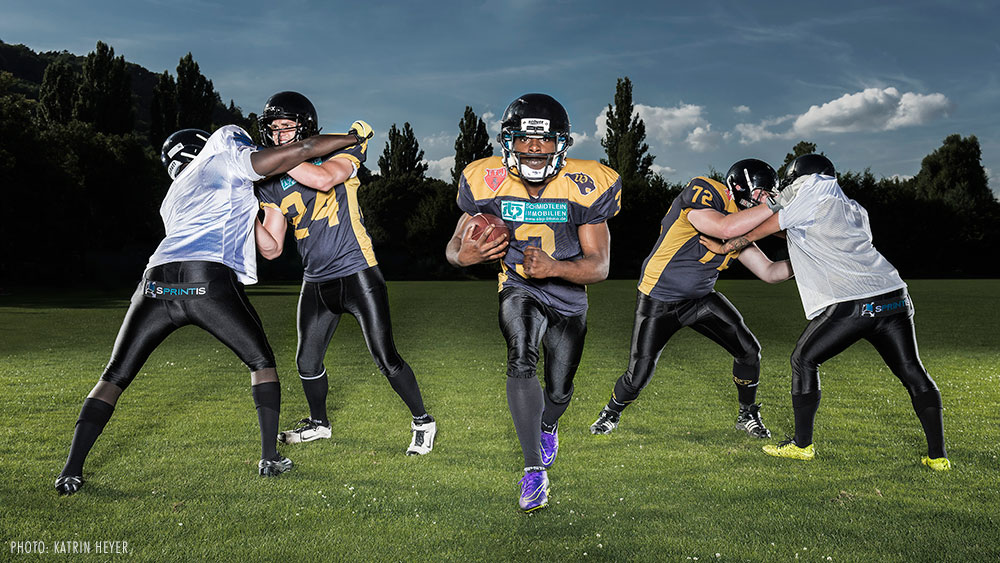 Thus, she was able to realize* shutter speeds of 1/1,000s and even 1/2,000s with the Hensel Porty L 1200 generators and the EH Mini P flash heads at half and up to full power, reduce the daylight as intended, and capture motion at the same time. And based on the high flash power, the light was sufficient for working with f-stops between 8 and 11 (ISO 100), even at several meters distance from the motif.

* The applicable shutter speed depends on the flash units used and the camera. In combination with other cameras, even shorter shutter speeds can be realized with Porty L 1200 and HyperSync®. 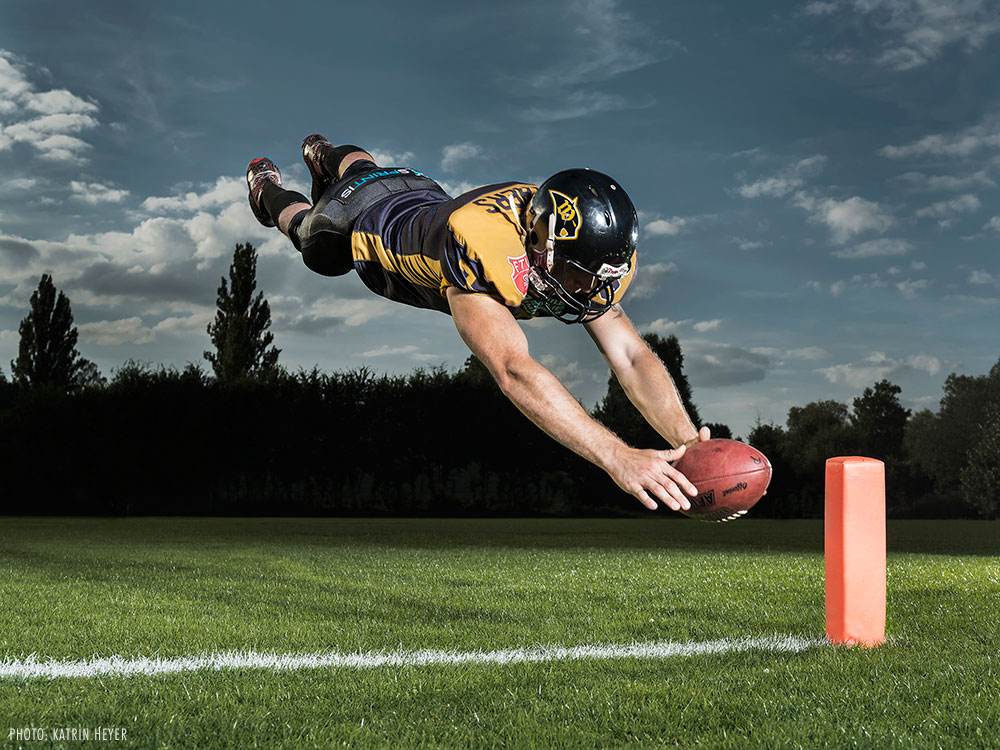 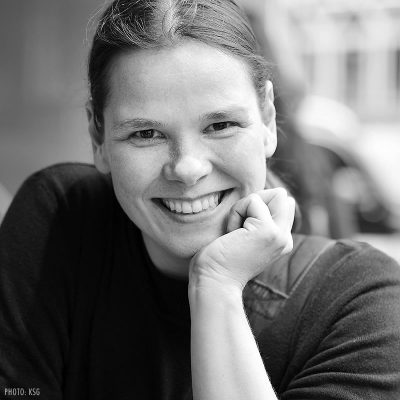 Katrin Heyer is a versatile photo designer whose work ranges from people photography, event and still life photography, to architectural photography. This allows her to offer her customers – renowned agencies and companies – the best possible solutions for nearly any photographic task.

Especially important to her is the skilled direction of light which also includes working with professional flash on location. Her reason: “By combining flash with natural light, I create special moods and pictures that stand out from the crowd.”

She shares her wide range of photographic experience with other photographers as a Hensel Light Coach.

The images of the Wuerzburg Panthers American Football Team were created on behalf of the text agency Contify.

DO YOU WANT TO LEARN MORE ABOUT POCKETWIZARD AND HYPERSYNC?

Just visit www.pocketwizard.com for more info about the PocketWizard® brands and products.

You can find detailed info about the HyperSync® technology here in the PocketWizard® Wiki.

The difference between HyperSync® and High Speed Sync, explained easily and clearly, can be found here in the PocketWizard® Wiki.